“The Chosen One” in the most special projects in Ha Thanh 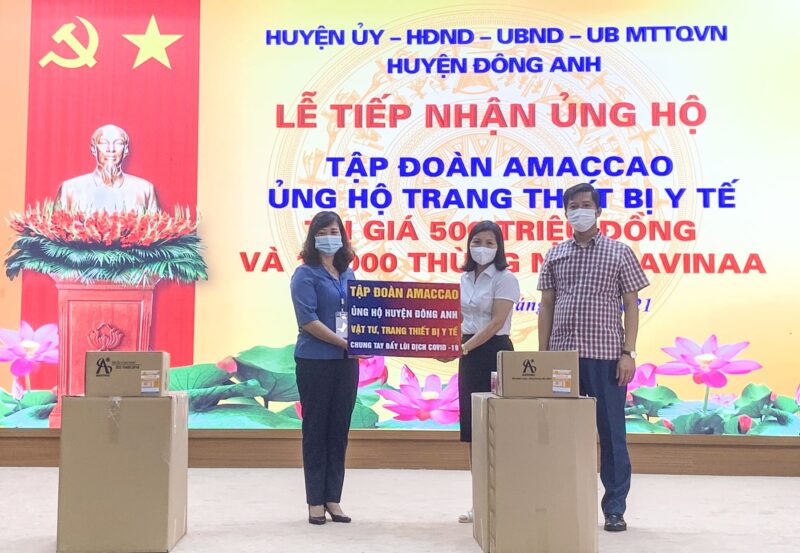 THE MILLION DOLLARS BEHIND THE PROMISE OF EUROPEAN QUALITY IN VIETNAM 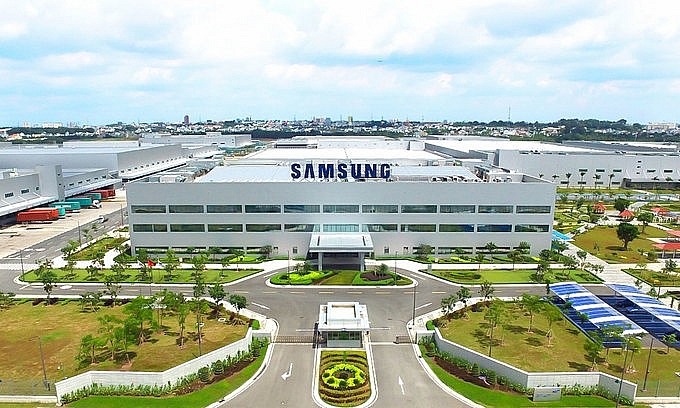 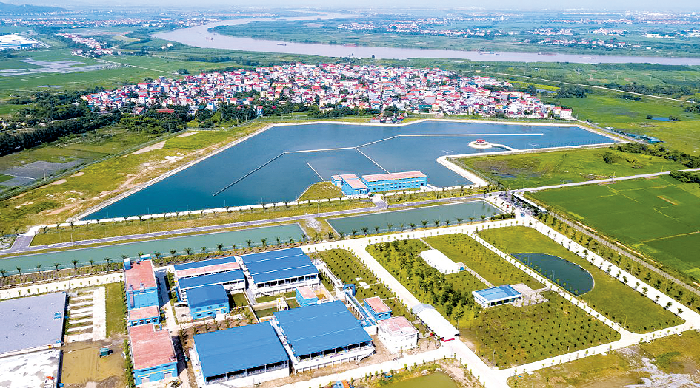 EUROPIPE HAS BEEN JOINING WITH CLEAN WATER PROJECTS IN VIETNAM

Since 1st Jan, 2018, Chinese government issued a ban on the import of plastic scrap, meaning that the country has to import pure resins for domestic production. This is an opportunity for Vietnam plastic industry.

China is currently the largest plastic producer in the world (both material and products). Speed of production is always on the rise, due to the high demand of automobile manufacturing, mobile phones and food packaging, which have high plastic intake. Meanwhile, this world’s largest producer of raw materials, however, only ranks the ninth largest plastic exporter due to China’s huge domestic consumption.

Despite being the top producer in terms of output, China has also been the leading importer of plastic materials in recent years. Figures from Untrade show that every year China imports about 40 million tons of plastic, accounting for 20% of global imports of raw materials, mainly from the markets of Korea, Taiwan, Saudi Arabia, Japan (major global producer of plastic resins and Northeast Asia). The predominant material in China is PVC (for construction industry) while PE, PP and PS are mainly imported.

Plastic materials in Vietnam is mainly exported to China. According to the latest statistics of the General Department of Vietnam Custom, in 2017 Vietnam exported 476.5 thousand tons of plastic materials, 236.9 thousand tons of which was exported to China worth of 179.5 million USD, an increase of 99 , 87% in volume and 76.09% in turnover compared with 2016. The average export price was $ 757.62 per ton. 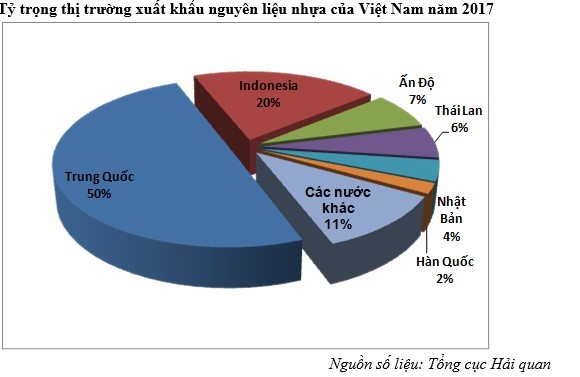 According to statistics, each year China imports about 7.3 million tons of plastic grain, worth billions of dollars. This opens up a huge market in China for plastic material exporters. This is also the time for Vietnamese plastic enterprises to expand their production capacity. In addition, the fact that European countries are blocked from selling scrap materials to China is in need enable Vietnamese businesses to have more opportunities to cooperate with businesses from Europe.

At present, many enterprises in Vietnam are heavily invested in increasing production capacity, which can also lead to bankruptcy if China stops buying. Another worth mentioning risk is environmental pollution if it is out of control.

In order to avoid over-reliance on regular markets, Vietnamese businesses should look into potential niche markets. A part from key markets, in 2017 Vietnam increased its export volume to Taiwan (China) and Japan more than 2.2 times in each market in 2017 compared to that in 2016 although it was only 8.9 thousand tons and 12 thousand tons respectively. In addition, in 2017 there were new markets that are Italy and Portugal with export output of 1.3 thousand tons and 36 tons.

Despite exporting of plastic materials, Vietnam has not been able to source materials. Plastic production capacity is up to $ 10 billion, but export is worth of only $ 3 billion a year while import is worth of $ 6-7 billion, which is a huge difference. Creativity with crap is of importance to minimize plastic imports. However, it is necessary to carefully select sources of clean scrap and quickly complete modern scrap recycling models to take the initiative in production and business.

To achieve this, a large plastic company in Vietnam has called on other plastic businesses to participate in the plastic trading platform, the plastic trading market and the high-tech plastic industry held by the company. The platform will be operational from February 2018 after the negotiation between the company and the China Plastics Association on January 19. The high-tech plastics factory is being built in an area of 181 ha in Ba Ria-Vung Tau province.

Respond to this proposal, the Chairman of the Vietnam Plastics Association strongly supported a sustainable and professional development.

Global supply and demand of plastic materials from 2016 to 2020 is still expected to be possitive by ICIS. The annual increase in polymer consumption will be 3.5-4.0% by 2030.

PVC material is forecasted to increase steadily in the short term, driven by the demand for construction in developing regions and the recovery of saturated markets, especially in the US. The steady rise of the housing market in developing countries also helped maintain a 3% increase in EPS (demand for roofing and heat insulating panels).

The demand in Asia is forecasted to remain strong due to rising momentum from China, India and ASEAN.

“The Chosen One” in the most special projects in Ha Thanh

THE MILLION DOLLARS BEHIND THE PROMISE OF EUROPEAN QUALITY IN VIETNAM